Congratulations to the Saginaw, Boswell, and Chisholm Trail High School Valedictorians and Salutatorians! We are #EMSproud of you and your commitment to academic success!

Please note, EMS ISD has scheduled graduation at Dickies Arena on May 30, with July 23 as a back-up date pending State, County, and CDC social distancing guidelines. The district will offer a graduation experience for the Class of 2020 regardless of venue. We will communicate plans with our families as soon as a decision can be made.

After graduation, Jumes plans to attend Tulane University in New Orleans to major in biochemistry or neuroscience in pursuit of becoming a medical doctor.

Jumes says her favorite memory at EMS ISD has been choreographing and teaching dances for the Wayside Middle School spring musicals for the past five years.

“It has taught me the significance of serving others within a leadership role and enabled me to connect with students and contribute to their growth as performers,” she said.

Throughout her time at BHS, Jumes has been active in the theatre department, UIL science and debate teams, the Boswell Band of Gold, Gold Standard Honors Society as president, National Honor Society, and Principal’s Cabinet.

Additionally, she has volunteered to teach choreography at Creekview Middle School's Broadway Bound Summer Camp for the past two years. Outside of school, she has trained for six years at the Texas Ballet Theatre's Preprofessional Ballet School. She is also a member of the First Baptist Church of Saginaw, where she volunteers in the choir and youth group.

Some of her accolades include AP Scholar with Distinction, multiple Pioneer Pride Awards for Excellence, and the Circle Theatre's Annual High School Ten-Minute Playwriting Contest winner, where she received an $8,000 scholarship to Texas Wesleyan University. She’s also earned more than $200,000 total in scholarships.

Jumes says math teacher Jeannette Freeman is one of her favorites.

“Her bright spirit and positive attitude influenced me to not let my circumstance dictate my academic performance and the goals that I set for myself,” she said. “I hope that, in any field of study I pursue, I can maintain even an ounce of Mrs. Freeman's passion, positivity, and servant's heart.”

“As one of the top students in my class, I have been taught to love learning instead of the status of a specific rank,” Jumes said. “I have learned to listen and value other peers' interests and knowledge and to be open-minded and learn from any student.”

After graduation, Luney plans to attend Hardin-Simmons University to major in psychology to become a psychologist or a therapist.

Her favorite memory at EMS ISD was her first Book Battle team competition. “We had so much fun, and I made so many good friends that I will treasure it dearly,” she said.

Luney is involved in National Honor Society and Book Battle. She is also a member of her church's student ministry. She is a National Merit Commended Scholar, AP Scholar with Distinction, and has earned the Full Tuition Leland Scholar Award at Hardin-Simmons University.

If she had to choose just one, Luney says her favorite teacher would be Casey Gause, her AP Psychology teacher from junior year.

“Not only was his class one of the only things that got me through the day, his class made me change everything I wanted to do in life,” she said.

“I learned that as long as I do my best work, even if things don't work out as I planned, my God has the perfect plan for my life and wants good things for me,” Luney said. 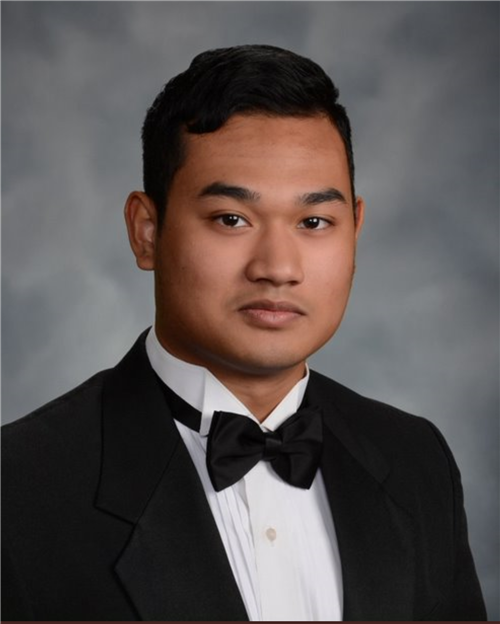 After graduating, Keo plans to attend Texas Christian University to major in physics as a pre-med student.

Keo says his favorite memory at school is of the 2019 SHS Homecoming football game.

“As a relatively introverted person, it was very out of my comfort zone in a crowded place, at night, where yelling at the top of your lungs with all your friends is the norm,” he said. “The atmosphere was nothing like I had ever experienced before, but to my surprise, I enjoyed it a lot. It was my first football game, but after that I knew it wouldn’t be my last.”

Keo says Spanish teacher Lesa Womack is one of his favorites.

“She sparked in me a newfound liking of literature, and she is part of the reason that I have successfully become fluent in Spanish,” he said. “This is one of the greatest learning milestones for me, and I couldn’t have done it without her.”

“In my journey to the top, I met the most interesting people, learned the most amazing things, and was always excited to come to school,” he said. “Overall, this entire experience has taught me that academics can truly be a unifying force.” 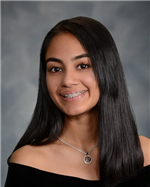 Saini plans to attend The University of Texas at Arlington to study nursing then apply to medical school to become a surgeon. She aims to join a humanitarian organization and provide medical aid to individuals in second- and third-world countries.

“Everything from Field Day in elementary school to playing tennis with my friends in middle school to being in (Sara) Mullins’ Capstone classes have been super important to my journey getting to this point,” Saini said.

Saini is the National Honor Society president and is a member of UIL math and science, HOSA Future Health Professionals, and Rider Renaissance. She also volunteers at John Peter Smith Hospital.

The salutatorian says English teacher Sara Mullins is her favorite.

“There was never a time where she didn’t have my back, and every time I stumbled, she never let me feel like I had failed,” Saini said.

“Becoming salutatorian of my class has taught me how to manage my time appropriately in order to succeed and be at an optimal state of mental health,” Saini said.

Hageman plans to attend the University of Texas at Austin and study computer science. He also plans to study neurology and work in the prosthetic technology field.

He says a field trip to Washington, D.C., is one of his favorite school memories.

"It was an incredibly beautiful city and learning about the history was phenomenal,” Hageman said.

He is a member of the UIL academic team and competes in the science and social studies events. He is also an AP National Scholar.

Hageman says chemistry teacher Marcie Duley is one of his favorites because of her dedication to her field.

“She is involved in what feels like every program in the school, yet she still makes time to teach chemistry effectively along with providing helpful resources and tutoring,” he said.

“I am proud of my achievement,” he said. “The effort involved has taught me to evaluate people not by their concrete achievements, but by the perseverance and work ethic they possess.”

Devan Beck has attended EMS ISD since the second grade. She’s been a student at Parkview Elementary School, Creekview Middle School, and Chisholm Trail High School. Jessica and Gilbert Rodriguez are her parents.

Beck plans to attend the University of Texas at Austin to major in aerospace engineering at the Cockrell School of Engineering. She aims to intern at Boeing, NASA, and Lockheed Martin.

The senior recalls her high school’s Rock Out pep rally as one of her favorite school memories.

“One of my closest friends and I were testing a game at the pep rally,” she said. “We had so much fun and I ended up getting so dizzy from playing the game that I fell. We laughed so hard we cried.”

Beck is a member of Ranch Hands and a captain for the varsity soccer team. She’s earned Outstanding Achievement awards in math and science, Top Ten Award, AP Honors with Distinction, Golden Boot for most soccer goals her junior and senior year, All-District honorable mention in soccer her junior year, and First Team All-District as a senior.

“This year, Mr. G has helped me so much in deciding what I want to do with my future, and I've never had a teacher put so much effort into helping me,” Beck said.

“The achievement has taught me that I'm worth more than I give myself credit for, and that the work that I put in toward my goals does pay off,” she said.