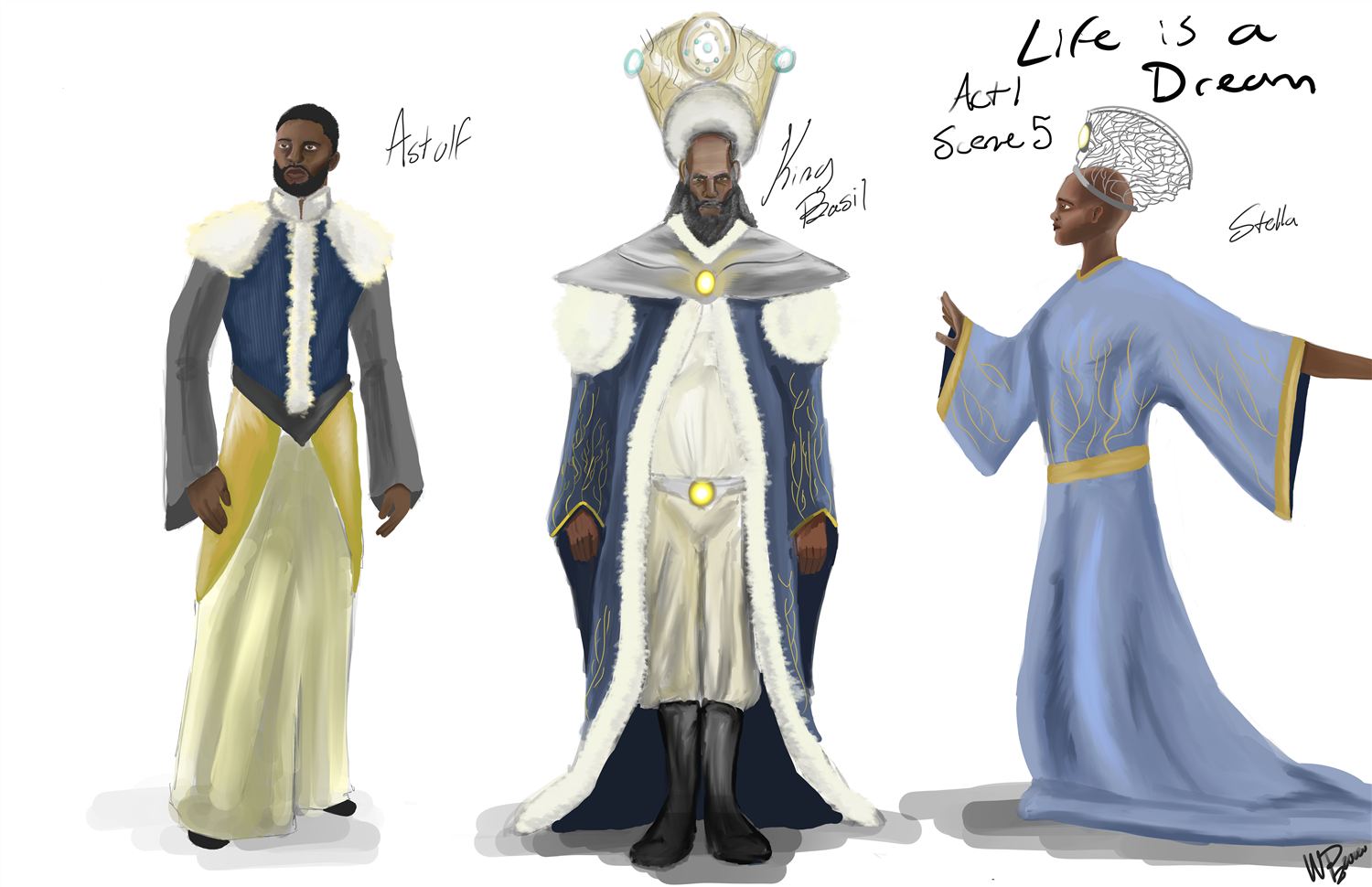 Pictured from left are William Pemberton and some of his designs that earned him first in state.

Chisholm Trail High School sophomore and theater student William Pemberton is a state champion in costume design. Pemberton earned first place in his category and division through the 2020 UIL Theatrical Design Contest. The designer won out against 44 contestants in his division, comprising students from 5A and 6A schools across the state.

"Winning this contest has really opened my eyes to starting a future in the arts,” Pemberton said. “I have wanted to become a professional artist in costumes, acting, directing, or animation.”

Pemberton, who has qualified for state twice, designed costumes for the Pedro Calderon de la Barca play “Life is a Dream.” He said the hardest part of the process was translating the play since the script isn’t entirely in English to learn more about characters and lines.

Contestants created an inspiration board and four costume design for characters. The designs had to include a sustainability component, which was to incorporate a recycled item that would be repurposed in the construction of the costumes.

"Will works hard and comes up with a backstory for the characters he's costuming," said Jesse Esquierdo, CTHS theatre director. “He's just a sophomore, so I am very excited to see him grow as a designer.”