The Lake Pointe Elementary Super Owls competed at the Destination Imagination Global Finals tournament on May 23-26 in Knoxville, TN, and placed 11th out of 52 teams from around the world. They needed only eight more points to finish in the 10th place spot.

"It was a lifetime experience... absolutely incredible because as 10-year-olds, they have seen teams from Mexico, China, and all over the world, they were a part of something bigger," coach Petra Lancova said. "Plus, we have learned that Texas is very competitive and our kids had to work hard. I am super proud of them!"

"We are grateful for all of Petra's hard work to lead the Lake Pointe Owls in such a positive and successful experience," said Jennifer Gann, EMS ISD Coordinator of Advanced Academics and Differentiation.

Lake Pointe Elementary's Super Owls competed at the State Destination Imagination tournament at Mansfield High School on April 7 and were awarded the top overall score in the Instant Challenge competition, which qualified the team for the Global Finals. The Global Finals competition will be held May 23-26 in Knoxville, TN. Way to go, Super Owls!

Destination Imagination is an educational problem-solving organization that strives to promote creativity, critical thinking, and collaboration. 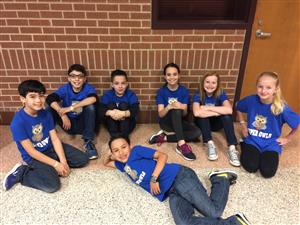 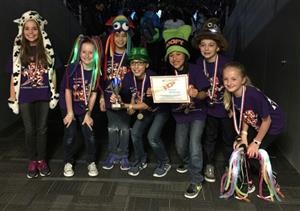